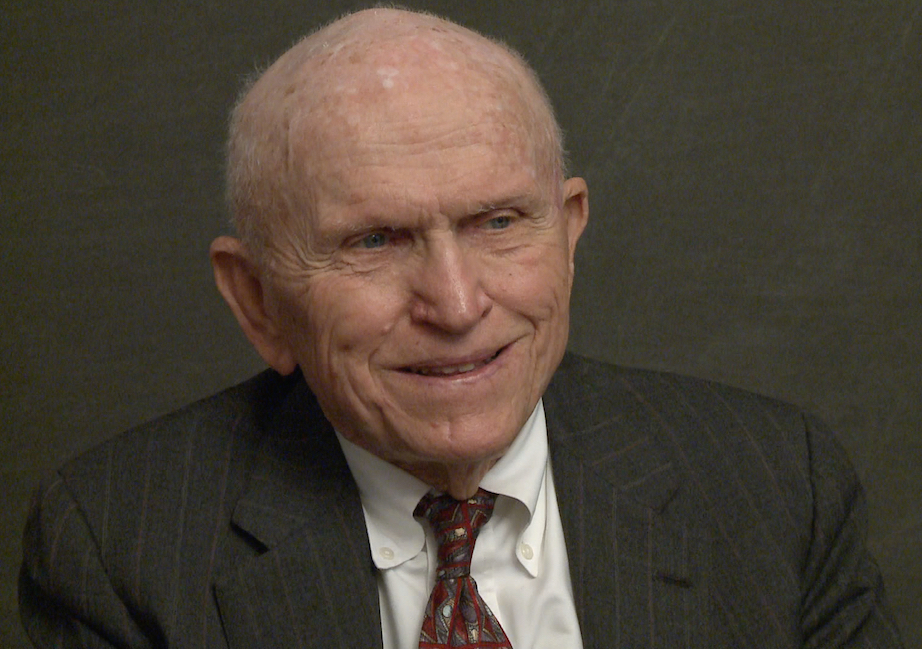 Frank Borman
COL(R) Frank Borman graduated from West Point in 1950 and became an Air Force Officer. After several assignments in the Air Force, he returned to West Point to teach Thermodynamics and Fluids. After leaving the Academy, he became a test pilot and was selected for the Astronaut Program. In 1965, he flew on the Gemini 7 mission, followed by the Apollo 8 mission in 1968. In 1970, he traveled the world on a special Presidential mission to elicit support for the release of American POWs held in North Vietnam. He retired from the Air Force in 1970. In 1976, the Secretary of the Army, Martin Hoffman, selected COL(R) Borman to head a commission investigating an honor scandal at West Point. The Borman Commission made sweeping recommendations, many of which were accepted and implemented. In this interview, he discusses his childhood love for flying that led him to West Point and the Air Force. He describes his career as an Astronaut and several of his missions. The explains the difficulties he experienced during his Presidential mission regarding POWs in Vietnam, but stated that later many POWs said his efforts resulted in better treatment in captivity. Finally, he discusses his work on the Borman Commission and the importance of the Cadet Honor Code.

Shane Kimbrough
Serving America And All Humanity: Leadership And Teamwork As An Army Aviator And Astronaut