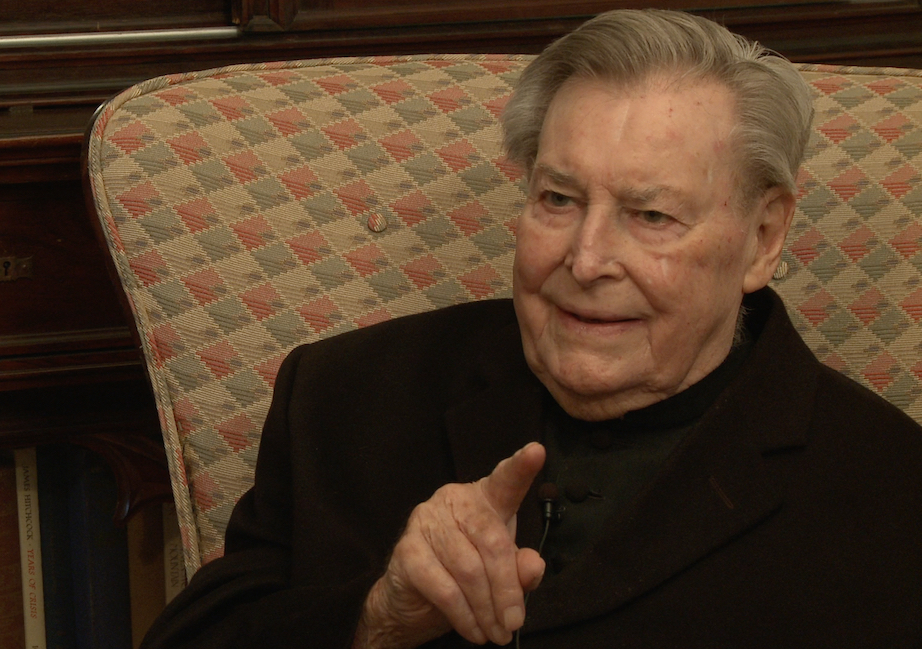 Msgr. Robert McCormick
Monsignor Robert McCormick was in his senior year at Fordham University when Pearl Harbor was attacked. He immediately went to the Naval recruiting station and, as he was about to enter the office, he decided that becoming a priest instead was the right choice for him. As he finished his senior year in college he made plans to attend seminary. Upon graduating from the seminary, his first assignment was the Catholic parish at West Point. Arriving in the spring of 1947, he served at the United States Military Academy until 1975. During his time at West Point, he had the opportunity to interact with many of the great leaders and Cadets who passed through our rockbound Highland home during those years. In this interview, he discusses many of the leaders he interacted with, such as Don Starry, Winfield Scott, Gar Davidson, and William Westmoreland. He talks about the 1951 Honor Scandal and the importance of values and ethics at West Point. During his time at the Academy, mandatory religious services for Cadets ended. Among the numerous Cadets and faculty he mentions in his interview, he provides brief anecdotes about Doc Blanchard at Mass, and Dick Shea who was posthumously awarded the Medal of Honor.