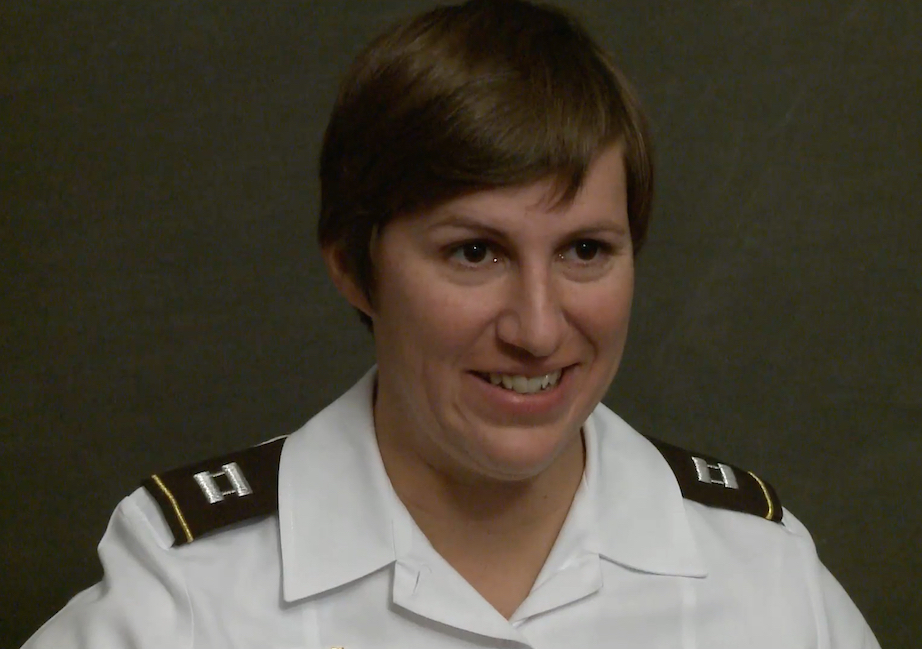 Jolene Ayres
CPT Jolene Ayres graduated from USMA in 2006, after first enlisting in the Army Reserves and attending the USMA Preparatory School. Originally branched Air Defense Artillery, CPT Ayres deployed her ADA platoon in 2008 from Fort Bragg to Iraq, to conduct detention operations, after which she branch-transferred to the Military Police Corps. As an MP, CPT Ayres served as commander, Headquarters and Headquarters Company, 42d MP Brigade, out of Fort Lewis, Washington. She deployed her company to Bagram Airfield, Afghanistan, in 2011, again conducting detention operations in support of Operation Enduring Freedom. Upon her redeployment, CPT Ayres returned to West Point as an instructor in the Department of Military Instruction. In this interview, CPT Ayres discusses her time as an Air Defense platoon leader and Military Police company commander, and the nature of detention operations in Iraq and Afghanistan. She also discusses her decision to join the Army as a gay woman living under Don’t Ask, Don’t Tell, living under DADT as a cadet and junior officer, and the impact of the repeals of DADT and the Defense of Marriage Act on her family and on her continuing decision to serve.