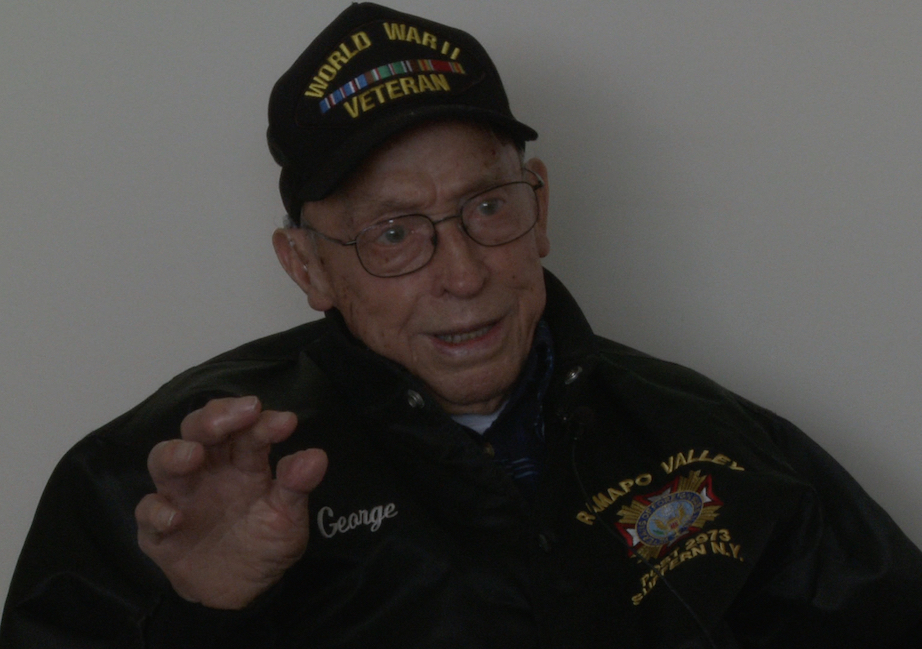 George Heller
George Heller was drafted into the Army during WWII but volunteered for the Paratroopers to earn an extra $15 per month. Reporting to the draft board was the first time he visited New York City, and after that he traveled to Arkansas and Georgia for training. When he deployed to Europe, he was initially based outside London. Mr. Heller participated in the combat jumps at Normandy before D-Day and near Veghel for Operation Market Garden. During the battle of the Bulge, he was in Bastogne and was seriously wounded during a counter-attack. Shrapnel from a German 88 cut up his right side, particularly his hand, arm, and ankle. He was evacuated to a field hospital in Bastogne and eventually returned to America on the Queen Mary. He vividly remembers seeing the Statue of Liberty when he returned. During this interview, Mr. Heller talks about airborne training and about his two combat jumps. He describes the battles of D-Day, Market Garden, and the Battle of the Bulge.