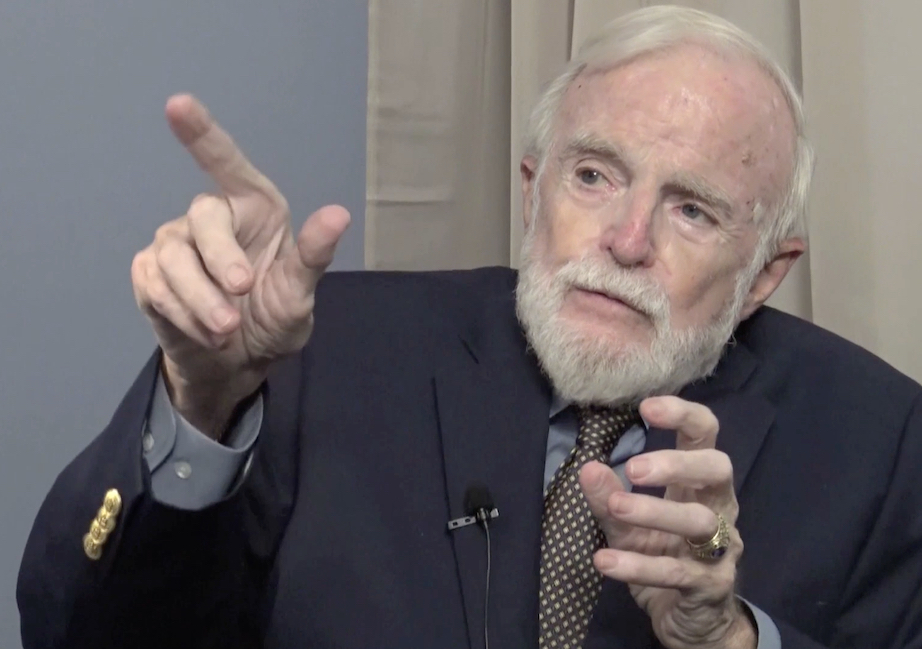 Harry L. Van Trees
Harry Van Trees grew up in Kansas City, Missouri, the only son of a shoe salesman and his wife. While not particularly interested in athletics during his childhood, he did enroll in JROTC (Junior Reserve Officers’ Training Corps) in high school, which proved to be a stepping stone to West Point. After a semester in junior college and working at a nursery, he entered the Military Academy. Academics were his strength as a Cadet, and he felt that his high school and junior college experience had prepared him very well. He soon found himself ranked first in several subjects, and eventually graduated first in his class, earning nine awards during his first class year. During his Plebe year Christmas at the Academy, he first met his wife, and although they did not date while he was at West Point, they remained in contact, and were married in the spring of 1953. As an Armor Officer, he served a tour in a training assignment, and then was a Platoon Leader and Executive Officer in the 66th Tank Battalion in the 2nd Armored Division, stationed in Baumholder, Germany. He excelled at tank gunnery and maintaining 17 tanks. At this point in his career, the Department of Mathematics at West Point was seeking to bring him back as an instructor, but Armor branch balked at letting him go. He chose to leave the military, and earned his Doctor of Science degree in 1961 from the Massachusetts Institute of Technology. After earning his degree, he remained on the faculty, receiving tenure in 1968 and being promoted to full professor in 1969. While at MIT, he wrote “Detection, Estimation, and Modulation Theory,” a three-volume set that was instrumental in the development of nearly all current radar, sonar, and navigation systems. In 1972, he took a position with the government, fully expecting to return to MIT. He held positions as the Chief Scientist and Associate Director of Technology for the Defense Communications Agency, the Chief Scientist for the Air Force, the Principal Deputy Assistant Secretary of Defense for Command, Control, Communications, and Intelligence (C3I), and the Acting Assistant Secretary of Defense for C3I. While working for the government, he implemented a Military Satellite Office that provided oversight for all military satellites from the various branches, JTIDS (Joint Tactical Information Distribution System) in the Armed Forces, and the Milstar communications satellites. In between various assignments with the government, he held positions in industry, essentially continuing the work he had been doing in academia and for the government. While serving as the Executive Vice-President for M/A-Com Linkabit, he developed a portable SHF terminal that enabled satellite communications from General Schwarzkopf in the desert to the White House during the Gulf War. In his personal life, he has enjoyed running marathons and raising seven children with his wife of 66 years. Now, he is able to pursue projects he is interested in, contribute to charities, and enjoy spending time with his family. In 2015 he was elected to the U.S. National Academy of Engineering, and also received the IEEE Jack S. Kilby Signal Processing Medal (Gold level). In this interview, he talks about his childhood, his West Point experiences, and his careers in academia, government, and industry. He highlights several books he has written, describing their development, as well as some of the projects he has been involved with. He discusses his family, and several of the things they have accomplished. He reflects on the charities he and his wife support, including Margin of Excellence programs for the Electrical Engineering and Computer Science department at West Point. Finally, he talks about what West Point means to him, and explains how his experiences at the Military Academy translated into success in other areas of his life.