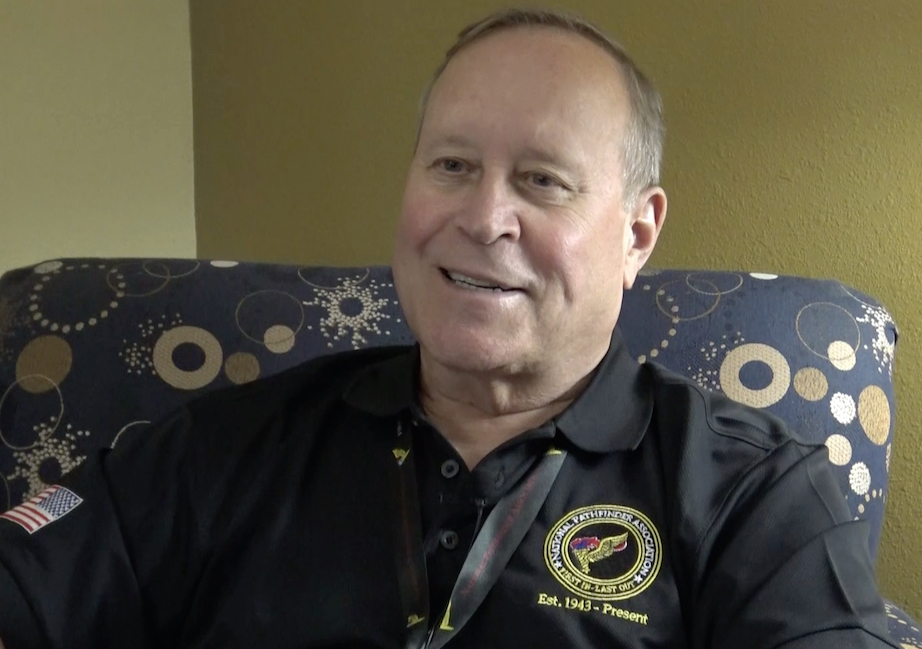 Jim Hill
Jim Hill grew up in Fairfax, Virginia, and attended the University of Richmond, where he majored in business administration. He participated in ROTC, and by the time he was a senior, he was the Cadet Corps Commander of a battalion with four companies and a band. He was the distinguished military graduate, and commissioned into the Infantry. His first assignment was to Ft. Knox, Kentucky, where a friend gave him the opportunity to familiarize on different tanks and armored personnel carriers, which would come in handy when he was deployed to Vietnam. After Airborne and Ranger school, he joined the 25th Infantry Division in Cu Chi, Vietnam, in January 1966. While assigned to the 25th, he served as a Rifle Platoon Leader, a Weapons Platoon Leader, and a Company Executive Officer in the 1st Battalion, 27th Infantry Regiment, "Wolfhounds," and a Pathfinder in the 25th Pathfinder Detachment in the 25th Aviation Battalion. One of his memorable operations was Operation Attleboro from September 14 to November 25, 1966 in Dau Tieng, South Vietnam. As a Rifle Platoon leader, he found that his unit was always the point platoon in company movements, and he added specialized equipment to increase their lethality. He believes that his Ranger training and the discipline he instilled in his troops kept him alive. As a Pathfinder, he emphasized forming relationships with the different aviation units that supported the 25th Infantry Division. Returning to the United States in early 1967, he recalls being spat upon in the San Francisco Airport. In this interview, he talks about his experiences at the University of Richmond, his service in Vietnam, and remaining involved with Vietnam Veterans organizations and the National Pathfinder Association. He describes several of the operations he participated in in Vietnam, including Operation Attleboro, and other memorable missions, including an ambush. Finally, he reflects on what his service means to him.

Joseph Bellino
“I Live On Chaos”: An Air Traffic Controller And Pathfinder In Vietnam

Steve Campbell
“There’s A War Coming And I’m A Soldier”: Service In Vietnam As An Enlisted Engineer And A Pathfinder Officer

Shawn Jones
“The Only Reward Is Another Mission No One Will Take”: Pathfinder Operations In The 160th Special Operations Aviation Regiment

Jim Hill
“If You Don’t Do It Right, You Can Make A Mess Of It”: Pathfinder Operations In The Tropic Lightning

Bill Sadlowski
“We Were Different”: Service As An Army Pathfinder