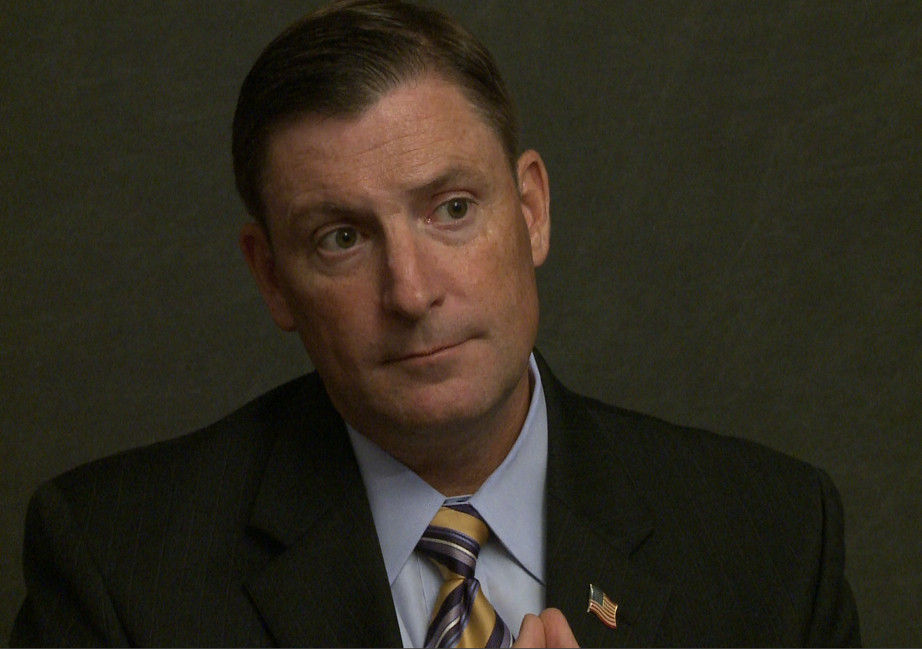 Robert Darling
After graduating from Iona College in 1987, Robert Darling received his commission as a Marine officer and completed training as an attack helicopter pilot, flying the AH-1W Cobra in the Persian Gulf War and Somalia. He then served as President Bill Clinton's helicopter pilot on Marine One, and was assigned to the White House Military Office under President George W. Bush. He later earned an MBA at the Naval Postgraduate School, and worked as a manager in the Department of the Navy Flying Hours Program. He retired from active duty in 2007, and is president and CEO of Quantitative Analytics LLC, an aviation consulting company. On September 11, 2001, he was in the Presidential Emergency Operations Center as the events of that tragic day unfolded. In this interview, he provides a compelling, first-person account of the atmosphere in the White House “bunker,” the difficult decisions national leaders faced, and the myriad challenges that had to be overcome in responding to the crisis. He is the author of “24 Hours Inside the President’s Bunker: 9-11-01: The White House” (2010).

James Wagner
“We Thought They Were All Around Us:” A Marine Officer at Guadalcanal

Robert Darling
Inside the White House Bunker on 9/11

Brent Matthews
“Language Is A Window Into The Psyche Of A Community”: Adventures In The Marines, The Army, And The USMA Dean’s Office