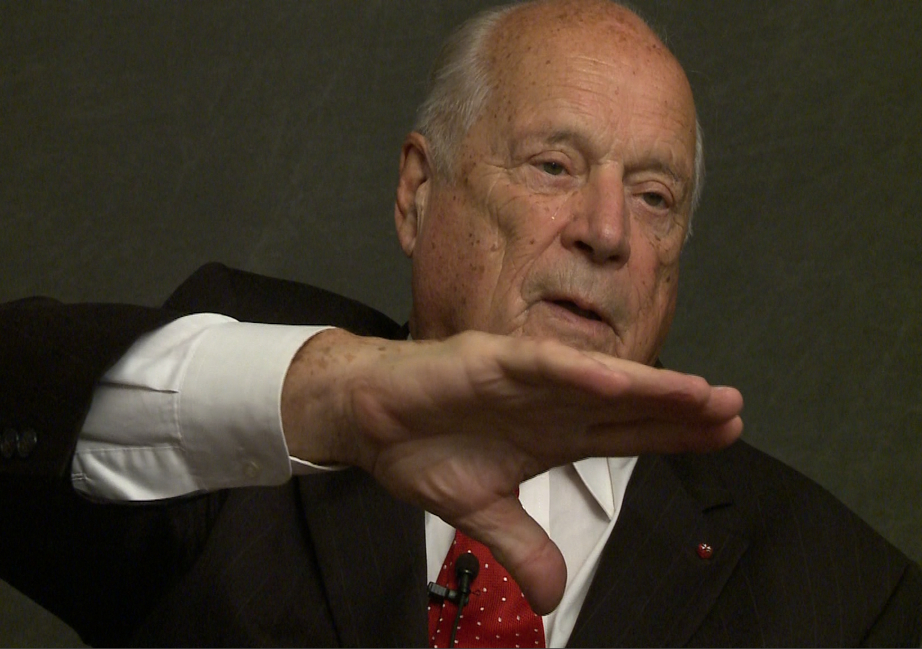 Julian Kulski
Dr. Julian Kulski was a 10-year old Boy Scout when World War II started with the German Army invading Poland. Very quickly, his Boy Scout Troop joined the Polish Resistance, with the younger Scouts engaging in subtle forms of sabotage and deception, and the older Scouts actively resisting the Nazis. The degradation he and his fellow Poles suffered and the crimes committed by the Gestapo in the middle of the night created hatred of the occupiers. When he was 14 years old, Dr. Kulski was tortured by the Gestapo. After his release from custody, he became a much more active participant in the resistance, still fighting alongside other Boy Scouts, and participated in the Warsaw uprising. After the Soviets failed to come to the assistance of the Polish Resistance, he was captured and spent the remainder of the war in a German POW Camp. Near the end of the war, the Americans sent trucks through the lines to evacuate the American and British POWs before the Soviets “liberated” the camp. Dr. Kulski was rescued by two Americans from Chicago, who spoke some Polish. Eventually he joined a British unit, using a fake identity to travel to London. He rejoined the Polish Army in exile, and was immediately demobilized by his countrymen for being an “underage Soldier.” He later moved to the United States and enjoyed a prosperous career as an architect. In this interview, he discusses the horrors of the Nazi occupation, his vivid memories of his friends and colleagues in the Polish Resistance, and his recollection of the first German Soldier he killed.

Allan H. Topping
Flight To Freedom: A Pan Am Director Of Operations’ Gamble To Save Lives In Vietnam

Julian Kulski
The Battle Was Lost, Not The War: Fighting Nazis with the Polish Underground

Loan Pham
"A Child of Criminals": Growing Up in a Pro-Saigon Family in Post-War Vietnam

Khanna Mandzha
“Your Own Mistakes Are Your Best Teacher”: Lessons From An Arabic Interpreter And Professor

Thomas Bostick
The S-1 Speaks: What Officer Corps Strategy Best Fits the Future of the Army?

Reverend and Mrs. Park
A Family Separated and Reunited: Two Perspectives on the Korean War

Howard Coombs
“I’m A Canadian. Come With Me!” Around The World With The Canadian Infantry

Ralph Leonard
“To Be A Good Citizen You Ought To Do Your Part”: An Air National Guard General Serves His Community