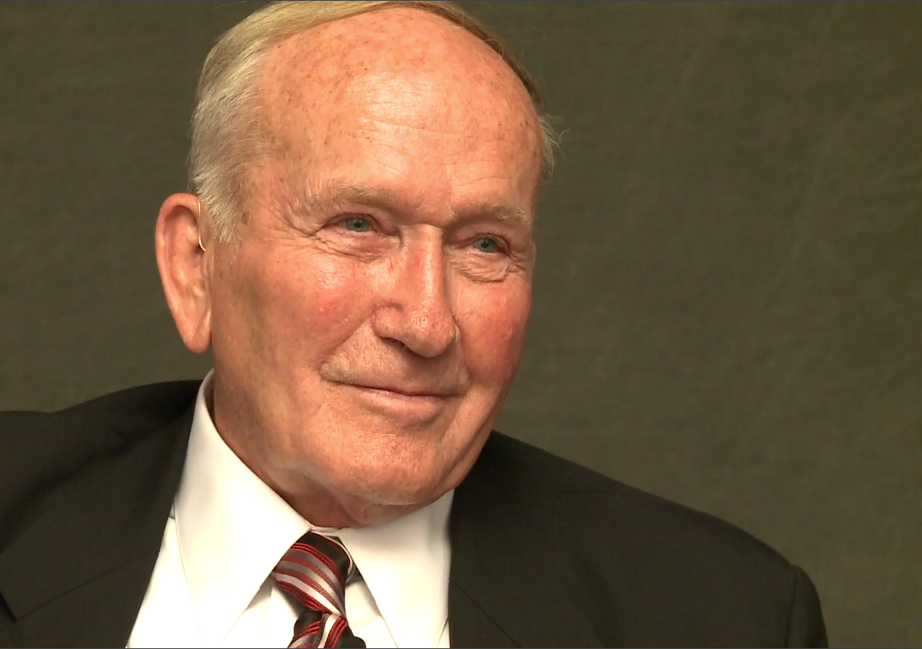 Amos Jordan
Born and raised in Idaho, Brigadier General (Retired) Amos "Joe" Jordan graduated from West Point in 1946, having served as First Captain. He branched Field Artillery, and studied at Oxford University as a Rhodes scholar before serving in the Eighth Army in Korea. In 1955, he returned to USMA as a professor of Social Sciences, eventually receiving his doctorate from Columbia University and becoming department head. Both before and after his retirement from active duty in 1972, he held senior positions in the departments of Defense and State, as well as the Center for Strategic and International Studies (CSIS) and the Pacific Forum. In this interview, he discusses meeting President Truman and General Eisenhower at West Point, his years at Oxford, Truman's firing of MacArthur, his return to USMA as a professor, his relationship with Henry Kissinger, the Vietnam War, and his experiences in the Defense and State departments.

Reverend and Mrs. Park
A Family Separated and Reunited: Two Perspectives on the Korean War

Norman Isler
“My Faith In Humanity Grew A Little”: An Engineer Officer During The Korean War

Herschel E. Chapman
“You Take Care Of Your Men”: Lessons From A Combat Leader In Korea And Vietnam

Charles Cammack III
“Being At Sea Was What I Liked”: A Naval Ensign Leading Landing Craft Ashore At Inchon

Ken Burns
Narrating the Interior Stories of War: The Art and Power of Oral History

Charles Watts
“This Guy Can’t Be No Eighteen Years Old”: A Career Of Service After Joining The Army At Fourteen

Sung Yoon
Across the Frozen River: A Korean Family's Desperate Escape from the North

Msgr. Robert McCormick
Not Just Another School: Values and Ethics At West Point

Nimrod Frazer
Alabamians In The 42nd Infantry Division: A Veteran Builds A Monument In France