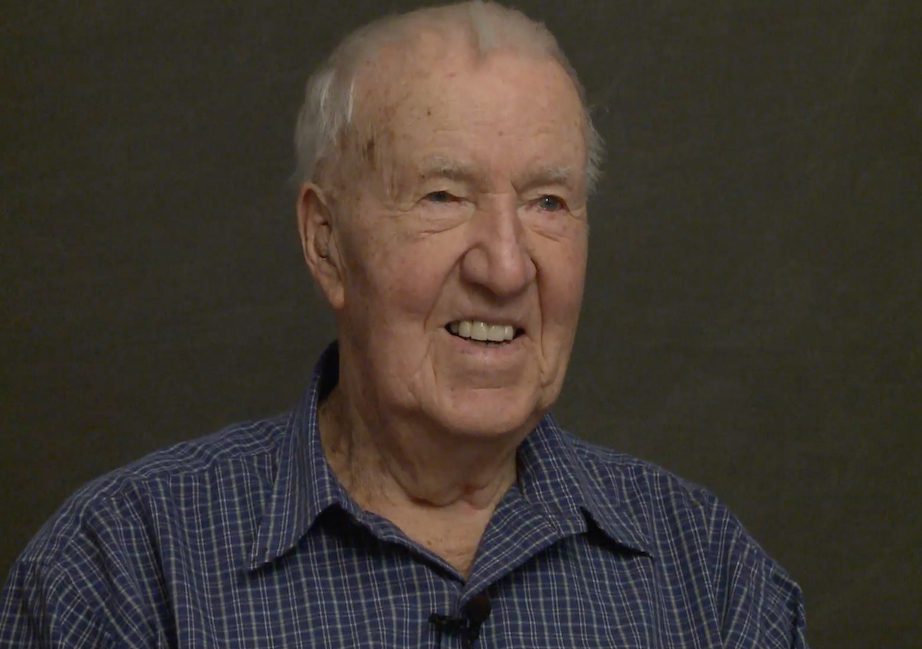 Michael Diederich
Michael Diederich Sr. wanted to be an entertainer. He grew up dancing, and with his partner was the Florida State Swing Dance Champion in the late 30s. When WWII broke out, he enlisted and was assigned as a nose gunner and bombardier on a B-24. After completing 35 combat missions, he volunteered to work as a USO puppeteer in the Pacific Theater. In this interview he discusses his career in show business, his wartime service, and his life after the war.

Elmo C. "Mo" Baker
“See You Guys After The War”: An Air Force Pilot In Peace, War, And Captivity

Vincent G. Lisanti
“Dear Son, What On Earth Are You Doing In A Prison Camp?” A B-24 Pilot Recollects

Robert Beale
“Night Stalkers Don’t Quit”: Flying In The Service Of Others – Executing A Heroic Rescue In Afghanistan

Tony Marshall
“From The Hilton To The Zoo”: An F4 Weapons Systems Officer Reflects On Flying And Captivity In Vietnam

Stephen H Greene
“A Zen-Like Thing”: Flying A Huey In Vietnam With The 173rd Casper Platoon

Stephen C. Darrah
“I Did Everything I Could To Bring Everybody Home”: An Attack Helicopter Pilot In Vietnam

Raul Dominguez
“We Know What Freedom Is”: A Cuban Immigrant Flying For America In Vietnam

Richard Albert Scott
Dodging Flak and Fighters in the Wild Blue Yonder: A B-24 Bombardier’s Story

Walter Brant
“Suspected Hippie In Transit”: One Man’s Journey From The Air Force To The Family Business With A Dash Of Wanderlust

Curt Bodin
“Becoming Part Of The Aircraft”: Flying In Vietnam With The Comancheros, “God’s Own Lunatics”

William Lyons
A Mustang Over Europe

Leon "Lee" Ellis
“And Now The Fat Is In The Fire”: An F-4 Phantom Pilot On Missions Over Vietnam And Captivity In The Hanoi Hilton