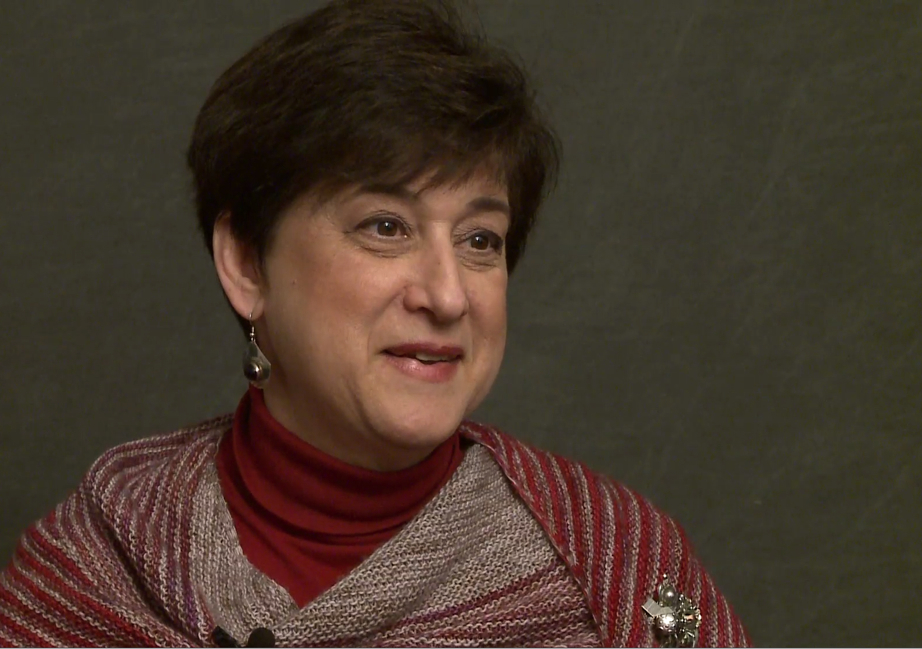 Susan Schwartz
Susan Schwartz entered the Navy in 1977 as one of the first women to teach at the Naval Nuclear Power School. She retired as a captain (O-6) after 24 years of active and reserve duty. Since 2001, she has taught in the USMA Department of Electrical Engineering and Computer Science. Here, she addresses the opportunities and challenges she encountered as a woman working in a traditionally male-dominated environment, the changes she has observed during her time at West Point, and the Army's decision to allow women into combat arms branches.

Elizabeth Lee
“West Point Is Where Your Heart Is”: Learning, Growing, And Finding A Home At USMA

Reilly McGinnis
“The Shortcut To Success Is Hard Work”: From The Soccer Pitch To The Plain

Allison (Rowe) Marschean
“Bonds That Are Like No Other”: A West Point Family’s Legacy

Tanya (Tolles) Estes
"Can You Shake the Sticks?": An Army Helicopter Pilot on the Evolving Landscape for Military Women

Wendy (Snell) Yeldell
“I Can’t Give Up”: Breaking Barriers And Standing Up For Yourself

Ashley Hamilton
“R-Day Makes You Stupid”: West Point In The Era Of COVID

Jahryca McClean
Being Confident And Pushing Each Other To Excel: Achieving Success At West Point

Zoe Kreitenberg
“What An American Soldier Should Be”: Treating Others With Dignity And Respect

Lori K. (Hess) Tompos
“I Am Going To An Academy, The Only Question Is Which One”: The Adventures Of “A Scrappy, Resourceful, Athletic” Woman

Laura Pariseau
“If I Get Killed, My Mother’s Gonna Kill Me”: A WAC’s Two Years In Vietnam

Mary Elizabeth McGovney
"I Want to be in the Fight": An MP Officer Reflects on Leadership, Gender Issues in the Military, and Overcoming Adversity

William J. Lennox
The 56th Superintendent On West Point As A National Treasure

Laura Dawson
From Procurement, To Pilot, To Physician: A Three Decade Army Career Unconstrained By Convention

Cheyenne Quilter
“How Can I Help?”: Service To Her Country And To Humanity

Sarah M. Locke
Finding A Support Structure And An Identity: A Second-Generation West Pointer Forges Her Own Path

Brenda Sue Fulton
“I Never Walked Away From A Challenge”: Behind The Scenes In The First Class Of Women At West Point

W. Scott Anders
“All Of A Sudden, I Was One Of Those Guys”: From The Honor Scandal To Service In Beirut And Desert Storm

Samantha Sullivan
“Somebody Has To Be The Bulldog”: Firm, Fair, Trusting Leadership… And Rugby

Marilyn Soukup Jones Brenda Roots Marriott
“It Was Like Going Through A Time Machine”: Serving In East Germany With The USMLM

Liliane Delva
“West Point Was the Mountain I Had to Climb”: Finishing Strong as a Caring and Compassionate Leader

Zoe Kreitenberg
The Intersection Of Service And Heritage: A West Point Graduate On Understanding Her Family’s Holocaust Experience

Eun Soo Moon
A Citizen Of The World: A South Korean International Cadet At West Point

Tonya (Cheek) Carter
“Always Something To Prove”: An African American Woman’s Determination at West Point in the Late 80s

Erin McShane
“I Want That Soldier On My Team”: Adversity, Perseverance, And Commitment

Susan Schwartz
Opportunities and Expectations: A Naval Career Spanning an Era of Transition for Women in Uniform

Catherine & Charlene (Kennedy) Kahl
Together Through It All: Twin Command Sergeants Major Reflect On Their Decades Of Service

Les Kayanan
“I Wanted To Change The World”: Idealism And Character At West Point

Deanna Edgar
“110%”: Getting the Most Out of West Point

Jalen Gomez
Doing More Than I Thought I Could: Leadership Lessons And Reflections From #34

Beth Behn
Following in the Footsteps of Greatness, From Iowa to West Point to Iraq

Charlotte E. Phillips
“You Get Me Out Of Here, God, And I’ll Serve You”: A WAC Logistician In Vietnam

Denise Little
Ready for Any Mission: A Chemical Officer in Iraq

Jasmine (Walker) Motupalli
Working as Hard as I Can: A Military Intelligence Officer Jumps into Action

Devon Collins
“As Hooah As I Wanna Be”: The Story Of A Soccer Player, Logistics Officer, And Historian

Donna (Matturro) McAleer
The Vanguard of a New Generation: Telling the Story of Women at West Point