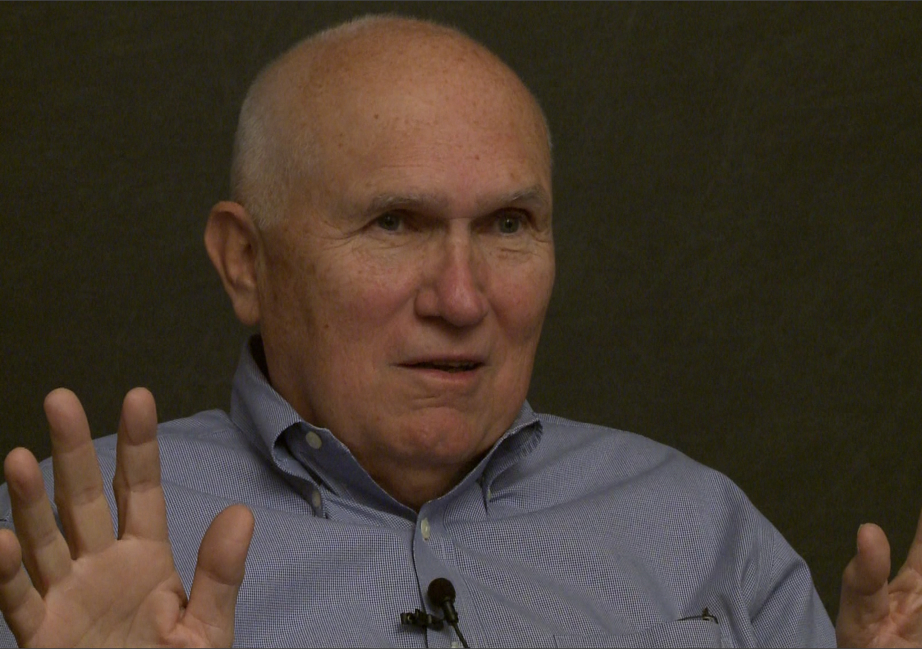 Robert Scales
After graduating from USMA in 1966 and serving a tour in West Germany, Robert Scales assumed command of an artillery battery in South Vietnam in May 1969. He and his unit were immediately embroiled in the fight for Dong Ap Bia, which became known as "Hamburger Hill." A month later, his position was overrun in a sustained attack by North Vietnamese regulars, during which his unit suffered numerous casualties. He dedicated the rest of his career to improving the training, equipment, and structure of the U.S. Army, commanding the Field Artillery School, shaping priorities at TRADOC, and serving as commandant of the Army War College. He later became an author and commentator on military and national security affairs. In this wide-ranging interview, he discusses a myriad of topics, including his time at West Point, his experiences as a combat leader, the reinvigoration of the Army after Vietnam, the Persian Gulf War, and his concerns over the U.S. military's persistent emphasis on technology.

Preston Motes
“I Always Liked Where I Was”: Air Defense In The U.S., Greece, Vietnam, And Germany

Richard J "Dick" Swift
“Take Charge and People Will Follow You”: Authenticity in the Military and in Business

Robert Scales
The Will to Fight: Hamburger Hill, the Revitalization of the Army, and the Contours of American Military Policy

Spencer Kympton
Creating A Mission And Building A Team: The Importance Of Community In The Army And In Business

Patrick Gorman
A Veteran Of The Navy And Army On Service, Teamwork, And Show Business

Richard Enners
“Live Life With A Purpose And Serve Others”: The Story Of Ray and Rich Enners

Kurt Kane
“Quality Is Our Recipe”: Transforming Grit, Determination, And Heart Into Success

Frederick Smith
The Challenges of Protecting the “Street Without Joy”

John "Ed" Jones
“All Of The Bad Times Are Overwhelmed By The Positives”: Tenacity And Determination At West Point And In The Air Force

Charles F. Alfano
“We Wanted A Man Of Utmost Integrity”: Success In The Military And In Civilian Life

John McDonald
“We’d Hunt Them Or They’d Hunt Us”: Service In Vietnam And The Persian Gulf

Ross A. Gagliano
Starting A Family Tradition: The First Of Three Generations Of West Pointers

Jack Rogers
“My Ass Was Not Worth More Than Theirs”: Combat Leadership in Vietnam

Edward Todd Counts
“I Wasn’t Quitting”: Determination At West Point And As A Field Artillery Officer And Comptroller In The Army

Richard Richkowski & David Richkowski
“Learning How To Win (The Right Way)”: Brothers, Football, and Service To The Nation

Vince Bailey
Leading Helicopter Innovation In Vietnam And Beyond

Samuel K. Lessey, Jr.
“I Love West Point And Everything It Stands For”: From The Army Air Corps To The Air Force And Beyond

Nam Pham
Fleeing Vietnam With The Boat People: The Story Of The Captain Of A Refugee Vessel

Milton Norman
"For You, the War is Over": A Jewish U.S. Army Soldier in a German POW Camp

Charles Cammack III
“Being At Sea Was What I Liked”: A Naval Ensign Leading Landing Craft Ashore At Inchon

Daniel Geraghty
A Survivor Of Ground Zero: An Army Ranger’s Experiences On Active Duty And In The National Guard

John Thompson
“The Military Made Me Who I Am”: Germany, Vietnam, And The 101st Airborne Division Association

Henry James “Hank” Kenny
“No Pity”: Recovering From Wounds And Continuing To Serve The Country

Jim Hill
“If You Don’t Do It Right, You Can Make A Mess Of It”: Pathfinder Operations In The Tropic Lightning

George Kopcsak
“I’ve Never Done Anything Else But the Army”: Fighting To Commission And Serve The Nation

Richard D. Kinder
Service As A Component Of Citizenship: A Former Army JAG On Business And Philanthropy

Dana Mead
“Be Kind And No Surprises”: Applying The Department Of Social Sciences Ethic In The Army And Business